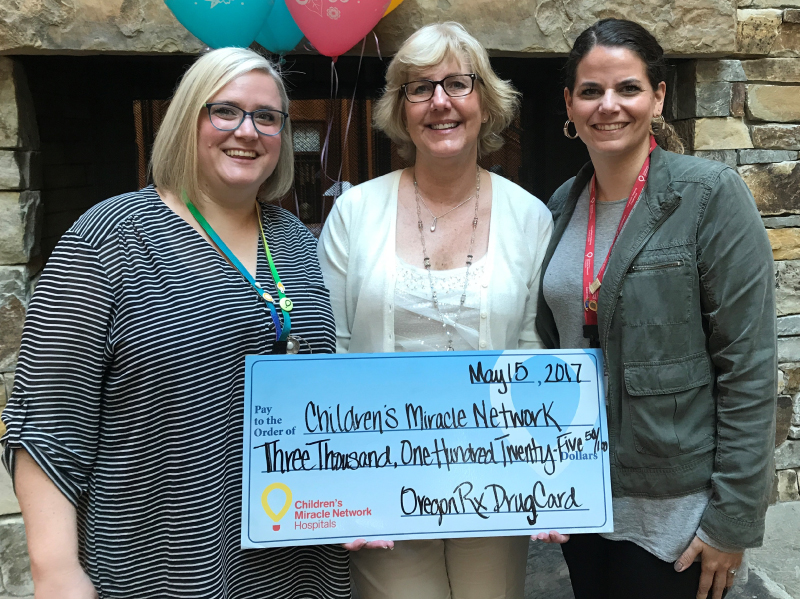 Attached is a photo of Oregon Rx Card representative (middle) along with Alexa Sharpe and Abby Rogers with PeaceHealth Sacred Heart Medical Center on May 15, 2017.

Since 2015, the United Networks of America partnership with Children’s Miracle Network Hospitals has raised over $2.4 million dollars for local children’s hospitals. Of this, $3,125.50 has been raised for PeaceHealth Sacred Heart Medical Center.