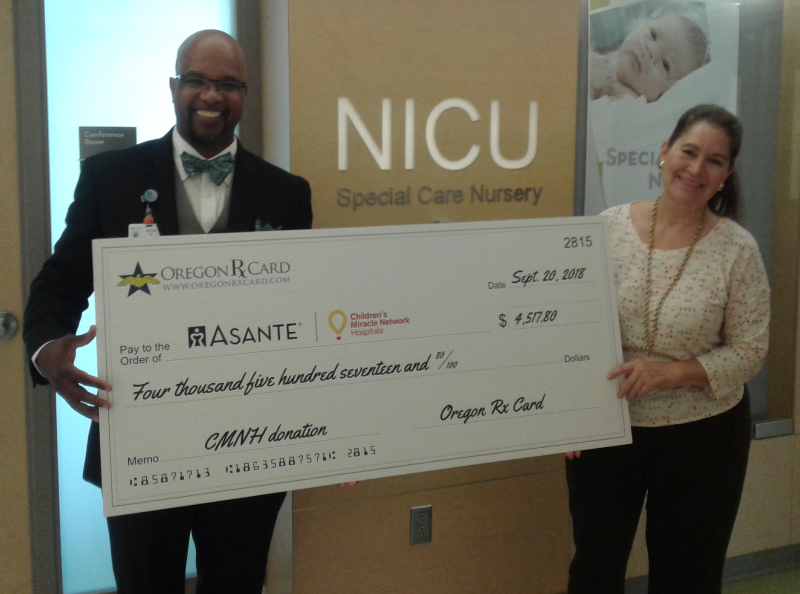 Oregon Rx Card and United Networks of America are profoundly honored to work with such an incredible organization like Children’s Miracle Network. The partnership provides us with an opportunity to get involved on a local level with children’s hospitals such as Asante Ashland Community Hospital in Ashland.  Year round, Oregon Rx Card donates to our local CMN hospitals each time the card is utilized at a pharmacy. Combined philanthropic efforts like ours help fund treatments, services and even tiny medical equipment for their tiny patients. Get involved by sharing the Oregon Rx Card with your loved ones!

Since 2015, the United Networks of America partnership with Children’s Miracle Network Hospitals has raised over $2.4 million dollars for local children’s hospitals. Of this, $4,517.80 has been raised for Asante Ashland Community Hospital.